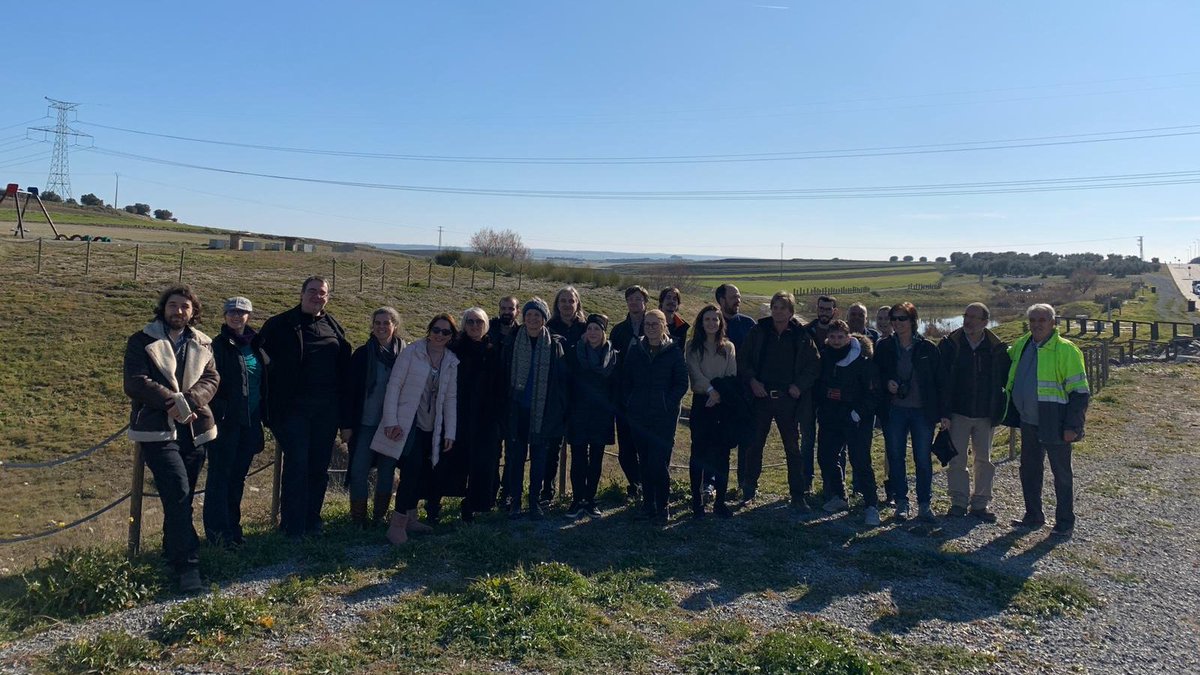 How can nature-oriented company sites be implemented under Mediterranean conditions? This was one of the key questions that the experts from Germany, Austria, Slovakia and their Spanish hosts Ecoacsa and Polytechnic University  of Madrid (UPM) asked . While in Central Europe, flowering meadows or green roofs can be organised all year round, the low rainfall in large parts of Spain compels us to adopt other concepts. Concrete examples in Castille-La Mancha near Toledo in the south of Madrid show that this is possible.

Plataforma Central Iberum is a logistics and industrial area with 350 hectares and it is the first industrial area in Spain to refer to the principles of sustainable development in Europe. The aim is to demonstrate an approach to the development of industrial areas that integrates important sustainability aspects, including all environmental impacts, and also takes into account climate change.

The importance of water

The central element is water, which, although generally insufficient, can fall in a few heavy rainfall events and then lead to flooding. Rainwater is therefore drained from all roof areas, about 100 ha, into large underground cisterns. Further water flows into a belt from an artificial wetland, which is fed from the cisterns over the summer and thus remains as a source of water for many animals even in the dry season. Wide avenues of up to 40 m are laid out between the company premises, traffic islands allow the integration of elements such as cycle paths, insect hotels, resting places or herb gardens and fruit trees. Other fruit trees, some planted with the families of employees of surrounding companies, help to preserve the biodiversity of the area.

As a positive side effect, there are considerable savings in maintenance, as erosion and other consequences of heavy rainfall do not occur and larger areas do not need to be maintained at all. A further economic benefit is the settlement of international companies. Due to their sustainable orientation, these companies can fulfil sustainability reporting criteria from the outset. This is an important effect for marketing, which was not foreseen, but which now makes it much easier to sell the logistics areas and enables good prices.

The residents are still a bit unfamiliar with the new design, which takes up the Mediterranean landscape much more and therefore dispenses with lush, year-round irrigated lawns. Finding a new design language here is also a task for the project partners from four European countries.