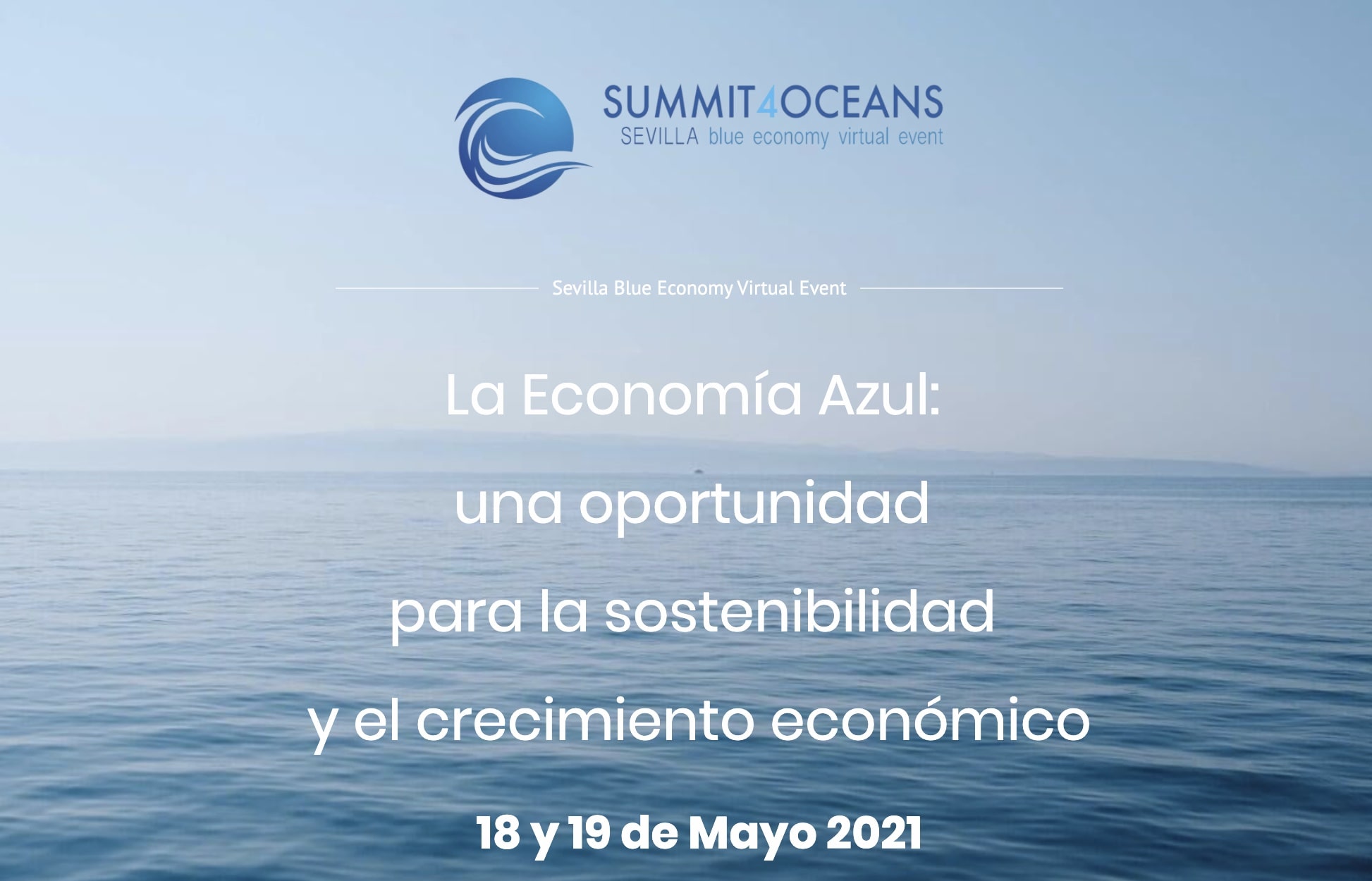 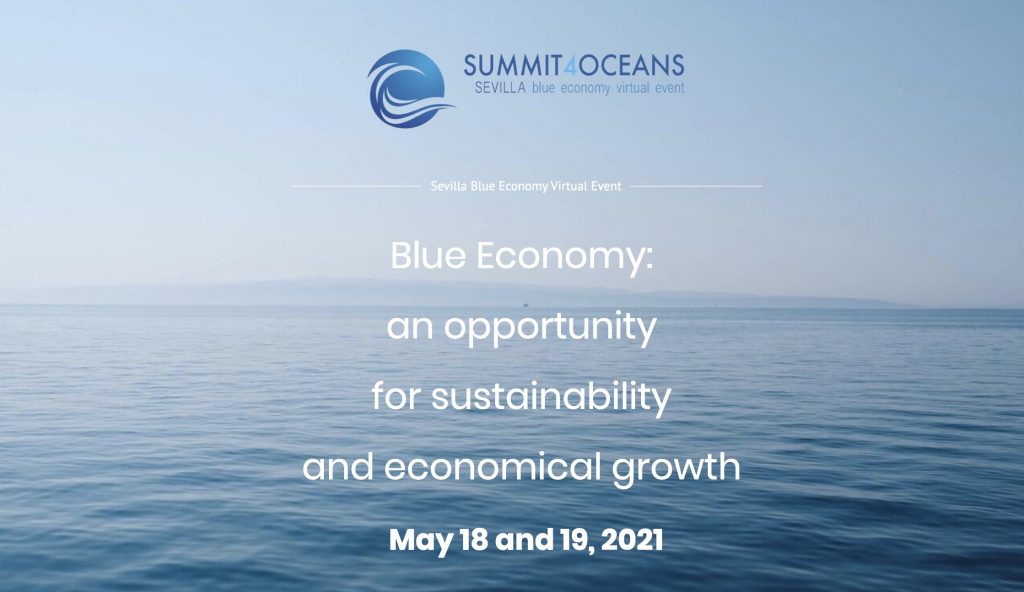 On May 18th and 19th, Seville will become the world capital of the blue economy on the occasion of  SUMMIT4OCEANS Sevilla Blue Economy Virtual Event, co-organized by Fibes Sevilla within the framework of the Andalusian capital city council project aimed at promoting innovation, technology and sustainable development in Spain with a clear international vocation.

The blue economy, based on the development of the oceans and their environment, aspires both to ecological sustainability and economic growth. The general goal of this event it to involve and sensitize companies, governments, administrations and citizens to the importance of blue economy, and in particular, to Seville and its area of influence.

Chaired by the Mayor of Seville, Juan Espadas, the summit pursues the objective of showing the relationship between the growth of the Spanish economy and the blue economy, a sector in which Spain has a prominent sectorial niche and, therefore, can play a leadership role, involving an entire economic and scientific ecosystem. It should be noted that, in Andalusia, blue economy represents more than 300,000 jobs and a contribution of between 8 and 10% to the GDP of the autonomous community.

The online event will address the economic and social opportunities generated by a new industry, through the development of ecosystem goods and services from the reconstruction of the marine environment and the wealth that it generates. An opportunity to promote the blue economy, based on the sustainable development of the oceans.

The program of the SUMMIT4OCEANS will address the following topics:

Ecoacsa we will participate in the round table that will take place on Tuesday, May 18, following the session dedicated to “The reconstruction of marine life: a tool for sustainability and economic growth”. This session will be addressed by Carlos Duarte, Director from the Red Sea Research Center, King Abdullah University, and John Pagano, CEO of The Red Sea Development Company.

Play Video
From 2:11:55 "The reconstruction of marine life: a tool for sustainability and economic growth"