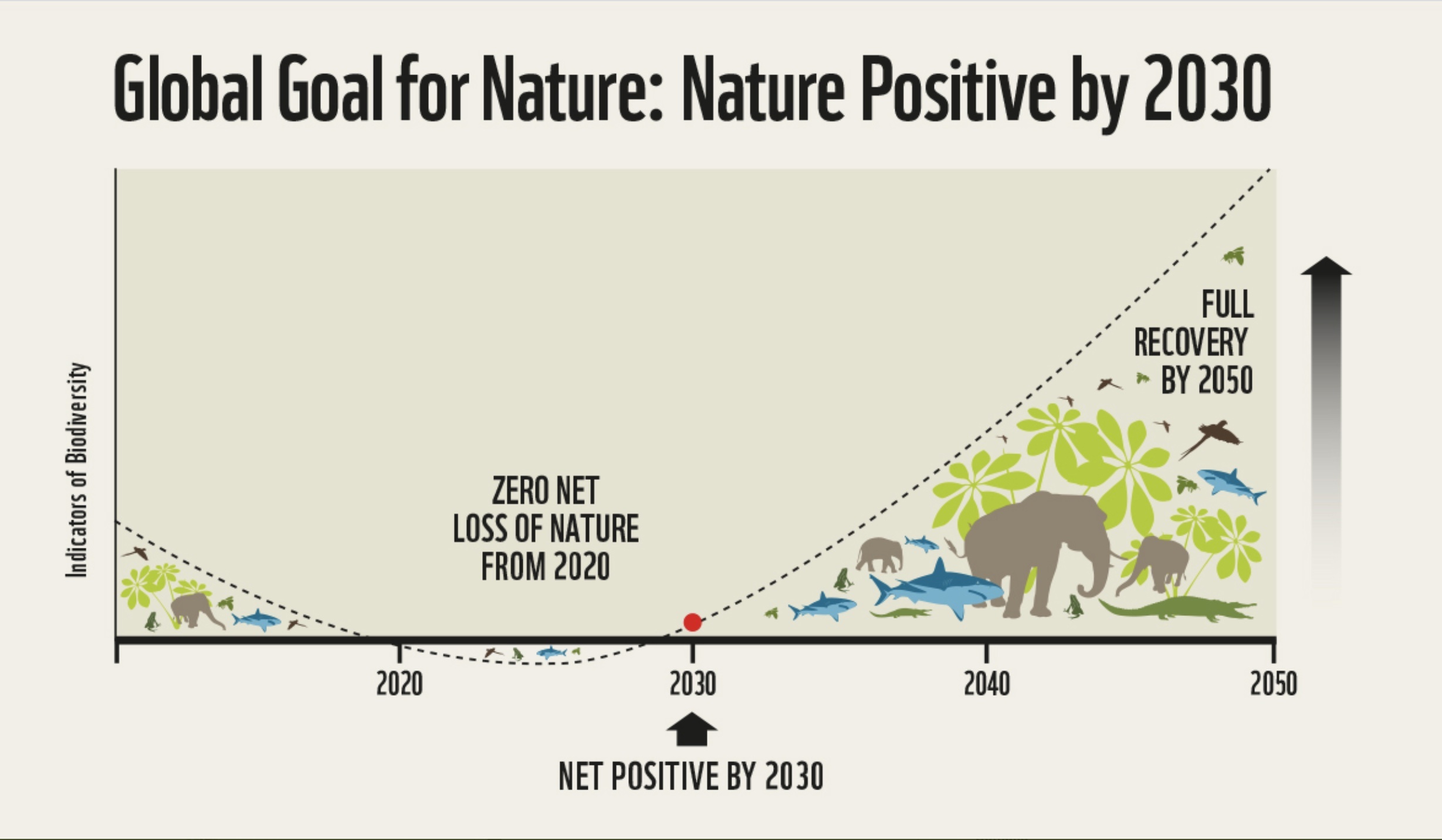 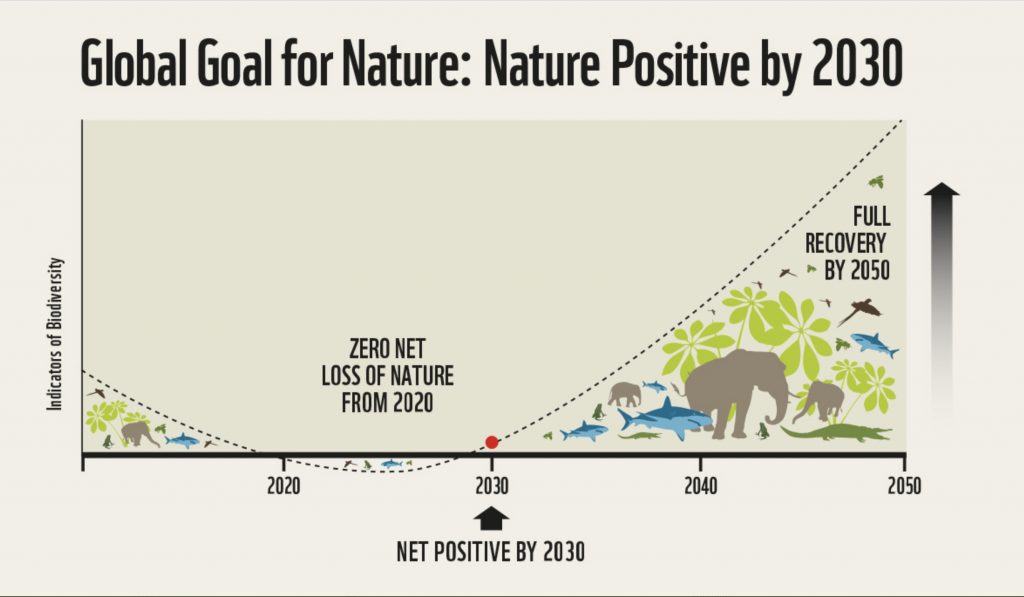 Image: A Nature-Positive World: The Global Goal for Nature

Dozens of global NGOs and business organisations have published a paper making the case and setting out the scientific justification for a Global Goal for Nature, the equivalent of the universal climate goal of ‘1.5 degrees or under’. The Global Goal for Nature is seen as a necessary vision and ambition to counter the current lack of action for nature protection, epitomized by the recent UK Treasury Dasgupta review showing that we have collectively failed the natural world, with demands far outstripping its capacity to supply us with goods and services, putting at risk the prosperity and health of current and future generations.

The announcement of this publication has taken place ahead of government negotiations to monitor goals and targets in the UN draft Global Biodiversity Framework commencing Monday 3rd May at what is known as Subsidiary Body on Scientific, Technical and Tecnological Advice (SBSTTA).

To prove the case, a paper has been written – co-authored by Harvey Locke, Chair of the IUCN WCPA Beyond the Aichi Targets Task Force at Yellowstone to Yukon Conservation Initiative, Johan Rockström, Director of the Potsdam Institute for Climate Impact Research and Professor in Earth System Science at the University of Potsdam and CEOs of a dozen Conservation and Business organizations –, highlighting the unprecedented consensus behind the Global Goal. The paper draws on 78 published academic papers. It also points to the approach needed to measure this reverse of nature loss, recommending a focus on measuring abundance, diversity and resilience of species and of ecosystems at a global level as well as utilizing a mitigation hierarchy that avoids areas that are significant for biodiversity, limits other losses to nature, and compensates for unavoidable losses through ecological restoration.

The momentum behind the ‘Nature-Positive’ concept

The momentum behind the ‘Nature-Positive’ concept has been growing since its inception with more and more businesses, civil society organization, finance organizations referencing it. There is strong interest from some governments too. The UN biodiversity meeting COP15 is being held from 11 to 24 October 2021, in Kunming, Yunnan Province, China. This year’s goal is to adopt a post-2020 global biodiversity framework, as a crucial stepping stone towards the 2050 vision of “living in harmony with nature”. The CBD parties and a range of stakeholders have agreed to adopt processes to promote international cooperation in the face of growing environmental, health and development challenges. They are discussing two key texts: The fifth Global Biodiversity Outlook and the zero draft of the post-2020 global biodiversity framework. At COP15, they will call for an integrated approach to ensure that action is taken to reverse biodiversity loss and its impact on ecosystems, species and people. The supporter organizations of the Global Goal for Nature hope that governments will negotiate using an ambitious 2030 lense.

Read on at Capitals Coalition