Slight progress in Nairobi on the Global Biodiversity Framework, but insufficient to reverse biodiversity loss by 2030 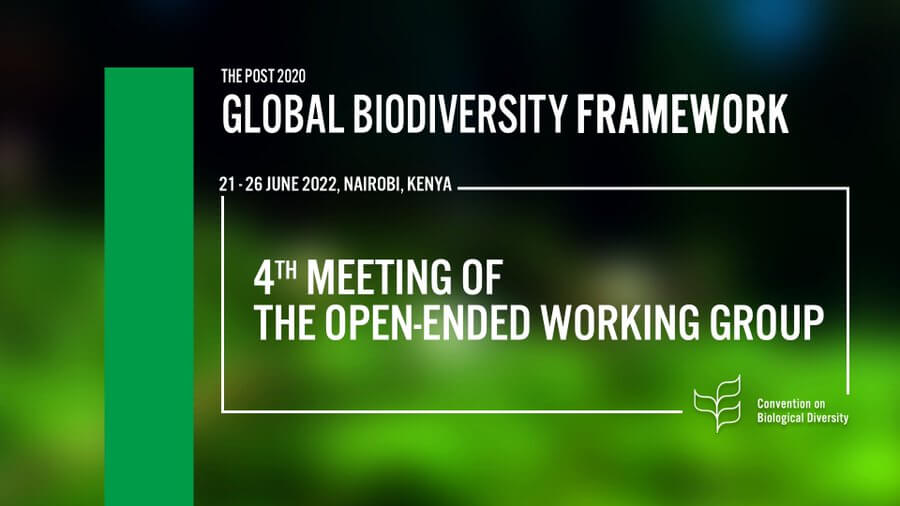 After six days of negotiations, the representatives of the Parties to the United Nations Convention on Biological Diversity (CBD) have concluded the 4th meeting of the Open Ended Working Group (OEWG4) on the Post-2020 Global Biodiversity Framework in Nairobi (Kenya) with slight progress, but insufficient for the ambition necessary to reverse the loss of biodiversity in 2030 and with a lack of commitment to achieve a new ambitious and robust framework, according to delegates and NGOs.

The official press release published by the CBD states that, during this week of negotiations, “delegates took the text from the March meetings held in Geneva, rationalized parts of it, achieved consensus on several targets, and proposed diverse options for large parts of the framework.”

Parties set their ambitions for the objectives of the framework and refined the essential elements related to conservation, sustainable use and benefit-sharing.

They worked to develop a plan for resource mobilization and other means of implementation and highlighted the contribution of nature to climate change mitigation and adaptation.

Additionally, Parties charted the pathway for an agreement on sharing of benefits from Digital Sequencing Information on genetic resources. Their discussions also strengthened the role of indigenous peoples, local communities, women, youth and other stakeholders and to ensure that all voices will be heard, and no one will be left behind.

Despite these advances, delegates and NGOs have expressed their concern because important decisions have remained unresolved or have been postponed, and because of the blockade carried out by some nations on critical issues, such as the limitation of the use of pesticides in agriculture or the division on the financial resources available to support emerging countries in the implementation of the framework. In this sense, the European Union wants the issue of pesticides to be included in the text, “but there is little support”, according to a delegate from the developed North.

For Marco Lambertini, director general of WWF International, “a step change in political will is needed if we are to resolve the huge differences on key issues in the talks, including the overall level of ambition across all goals. At the same time, we need leaders to counter the influence of a small number of countries, Brazil first and foremost, that are actively working to undermine the talks. Heads of State who have endorsed the Leaders’ Pledge for Nature committing to reverse biodiversity loss by 2030 must now drive forward ambition to secure a transformative, nature-positive agreement in Montreal – otherwise the prospect of a failure at COP15 is incredibly real.”

The lack of commitment to address the drivers of biodiversity loss, in particular our broken food systems, is of particular concern.

For her part, Elizabeth Maruma Mrema, executive secretary of the Convention on Biological Diversity, urged the Parties “in the next months, to vigorously engage with the text, to listen to each other and seek consensus, and to prepare the final text for adoption at COP 15.”

Much work to be done ahead of COP 15

Despite slight progress and significant support on issues such as gender equality in the Global Biodiversity Framework, as well as a broad recognition of the rights and roles of indigenous peoples and local communities, a significant amount will still be required. Considerable work leading up to COP 15 (now scheduled from 5 to 17 December 2022 in Montreal) so that the final agreement includes a robust implementation mechanism that allows countries to review progress against targets and scale up action over time.

In this link you can consult all the documents,

In this link you can consult all the documents and here you have access to recordings of all sessions.

Read on at CBD and WWF